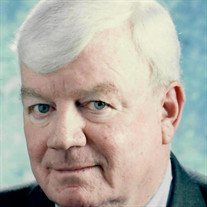 Attorney William J. Doyle, former head of the litigation practice at Wiggin and Dana and principal trial lawyer for Yale University for over 25 years, died on April 18, 2020. Bill was born in Boston in 1936, the second of five children of the... View Obituary & Service Information

The family of Attorney William J. Doyle created this Life Tributes page to make it easy to share your memories.

Send flowers to the Doyle family.