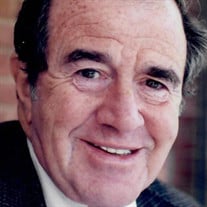 ﻿Robert John Levine, M.D., passed away peacefully at the age of 86 on February 25, 2021 at Whitney Center in Hamden CT where he lived with his wife of 33 years, Jeralea Hesse. In addition to his wife, he is survived by his sister, Caroline Levine; his children, John G. Levine (Amy) and Elizabeth L. Braun; his granddaughter, Mikayla K. Braun; his step-children, Stephen B. Hesse, Jr. (Lorena); and Katherine F. Hesse; his step-grandchildren, Alexandra R. Cerrone, Olivia A. Hesse, and Samuel R. Hesse. His parents, Benjamin B. Levine, M.D. and Ruth S. Levine and his brother, Michael Levine, predeceased him. Dr. Levine, Professor Emeritus of Medicine was a giant in the field of pharmacology and medical research ethics. The first edition of his book “Ethics and the Regulation of Clinical Research” was published in 1981 and the second in 1986 and has had global influence. In addition, he wrote over 300 articles, and contributed chapters to books, reports and essays. Bob’s journal and encyclopedic editorial work has shaped the fields of medicine, pharmacology, and clinical research ethics. He founded the editorship of “IRB: a Review of Human Subjects Research” and served Yale’s IRB committee for 21 years. He contributed to many publications including the “Encyclopedia of Bioethics;” the “Journal of Law, Medicine, and Ethics;” the “Journal of Empirical Research on Human Subjects;” to mention a few. ‎During the course of his service and leadership in professional and governmental organizations and agencies, at state, national and international levels he was brought into personal contact with other professional and governmental leaders in the American College of Physicians, the American Federation for Clinical Research, the Department of Health, Education, and Welfare , NIH and NIMH, in the American Foundation for AIDS Research , CDC and in the World Health Organization. He was on more than 20 different state and safety monitoring boards.‎ Bob first came to Yale in 1962 from George Washington University Medical School as Clinical Instructor in Medicine and Pharmacology. He quickly became a full professor and continued to teach at Yale until retirement in 2016. In the early 70’s the primary focus of his teaching and and research shifted to research ethics. This work included co-teaching with Margaret Farley R.S.M. An interdisciplinary course in medical ethics for over 12 years. For 30 years Bob chaired the Human Investigation Committee and the Yale-New Haven Medical Center. In 1985 he was a founding member of the hospital’s Bioethics Committee and served on this committee for many years. In addition his leadership of the Law, Policy and Ethics Core of CIRA (Yale’s Center for Interdisciplinary Research on AIDS is legendary. He and Margaret Farley R.S.M. co-founded and co-directed the Yale Interdisciplinary Bioethics Center. Bob took seriously the education and mentoring of younger scholars and practitioners. Through the years he provided guidance to approximately 30 seniors In developing their thesis. Many of these students became not only colleagues but friends. The professional life of Bob Levine has been celebrated with the many prestigious awards and honors. For example he was given an Outstanding Achievement Medal from the US Department of Health and Human Services for his role in the groundbreaking Belmont Report. He received a Lifetime Achievement award for Excellence from the Public Responsibility in Medicine Research Organization (PRIM&R). His alma mater, George Washington University, gave Bob its Distinguished Scholar Award in 2008. In 2009 the Academy of Pharmaceutical Physicians and Investigators gave him Special Recognition for Outstanding Contributions in Research. Bob embraced his private life with the same gusto as his professional life. His work took him and Jerry to exotic regions of the world, where he absorbed both cultures and histories. They often returned with unusual gifts for the family. (There is still and enormous didgeridoo from Australia in his office that was too hard to wrap and send.) Family life was always interesting. His son , John, recalls climbing the Columbian ice fields with his Dad and getting caught in a blinding blizzard. His daughter, Liz, remembers a conversation when she was 12 involving the question, “if you find nail clippings on a table top, is it ethical to use them for research?” Bob was an avid squash player, sometimes beaming after beating a much younger medical student. Later he and Jerry became certified scuba divers and enjoyed exploring the colorful creatures in deep waters. Whenever he was near a new body of water, he would take a swim, once swimming in the Indian Ocean with the sharks (nets included.) Bob could play a mean harmonica and often woke up singing a Hank Williams’ song, or one from Kristofferson (whom he once met at an airport,) or Sinatra or Ella. He was a dedicated Yankee baseball and Duke basketball fan. His sense of humor ranged from the sly and wry to the bawdy. Bob was an intriguing and gracious conversationalist, often sharing thoughtful, rich reflections of his own experiences His explorations with friends of ethical decision making revealed his intellectual rigor and respect for all people. He attended closely to the stories of others, intuitively grasping the meaning to the story teller. He was a loving grandfather, father and husband and will be deeply missed by those whose lives he touched. Contributions may be made in his honor to Guiding Eyes for the Blind (Yorktown Heights NY), Saybrook College, Yale University (New Haven CT) and Whitney Center Staff Development Fund (Hamden CT ) Sisk Brothers Funeral Home 3105 Whitney Ave. Hamden in care of arrangements. To leave an online condolence please visit www.siskbrothers.com

&#65279;Robert John Levine, M.D., passed away peacefully at the age of 86 on February 25, 2021 at Whitney Center in Hamden CT where he lived with his wife of 33 years, Jeralea Hesse. In addition to his wife, he is survived by his sister, Caroline... View Obituary & Service Information

The family of Robert J. Levine created this Life Tributes page to make it easy to share your memories.

﻿Robert John Levine, M.D., passed away peacefully at the age...

Send flowers to the Levine family.