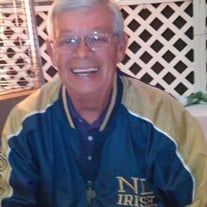 In New Haven August 17, 2020 Raymond A. Ramelli, Sr. "Coach" 74, of Hamden. Husband of Christina, Ray leaves behind his three sons Raymond Jr. (Barbara) of Wallingford, Roger (Jennifer) of Howell, NJ and Al (Heather Walker) of Hamden. Also survived by his four cherished grandchildren, Alison, Matthew, Jordyn & Jamie. Ray is also survived by his aunt Nancy Callahan, and cousins Whitney Hemstock and Veronica Sacco. Ray proudly served with the United States Air Force from 1965 - 1969 and became a third generation firefighter following his grandfather Raymond Callahan and his fathers footsteps. He retired from the Hamden Fire Department after thirty years of service in 2000. He also coached softball at then Quinnipiac College, Cheshire High School, Sheehan High School, ending his career at Sacred Heart Academy assisted by his sons Ray Jr. and Al. They went on to win the 2011 class M State Softball Championship and were 2014 State Champion runners up. After retiring from his head softball coaching career, Ray became a volunteer coach for his sons Ray and Al's travel teams and also volunteer coached at Albertus Magnus for Coach Ed Emielita. Ray was named SCC Coach of the Year in 2014, SCC Umpires Coach of the Year in 2014, Head Coach for the Umpires Scholar Athlete All-Star Game in 2014 and was honored by Sacred Heart Academy in 2017 by dedicating the newly built dugouts after him. Mr. Ramelli was a member of the American Legion Post 88, the Hamden Elks and the Hamden Firefighters Retirement Association. He was #1 University of Notre Dame fan, loved his Giants, NY Yankees, NY Rangers and UCONN Women's basketball. He always cherished his lasting friendships with his former softball players, coaches and the umpires he respected so much along with his personal longtime friends both from high school and the Hamden Fire Dept. No one could be prouder than he was of his wife Tina and his three sons Ray, Rog and Al and his grandchildren Allie, Mattallino, Jordyn and Jamie. He never could understand why he was so lucky to have them and the greatest dad a kid could have in his life. He was predeceased by his father Alfred Ramelli, mother Helyn Ramelli Barbato and step-father Pasquale. Mr. Ramelli graduated Hamden High School in 1964, Cheshire Academy post grad in 1965, served in the United States Air Force 1965-1969 and served with the Hamden Fire Dept. from 1970 - 2000 where he drove Rescue 1. A Mass of Christian Burial will be Celebrated Monday at 10 a.m. in Our Lady of Mt. Carmel Church. Calling hours are Sunday from 2 - 6 p.m. in Sisk Brothers Funeral Home 3105 Whitney Ave. Hamden. In lieu of flowers contributions to Sacred Heart Academy Scholarship Fund, 265 Benham St. Hamden, CT. 06514. To leave an online condolence please visit www.siskbrothers.com

The family of Raymond A. Ramelli, Sr. created this Life Tributes page to make it easy to share your memories.