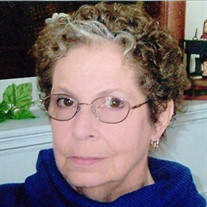 Maryann O’Leary, 83, of Hamden, Connecticut departed this life on June 6, 2021 in New Haven, Connecticut. She was born in New Haven on February 6, 1938 to the late Eugene and Sarah (McGuire) McCarthy. She is survived by her beloved husband of sixty years, Joseph O’Leary, two much loved daughters, Joanne O’Leary of Hamden and Megan Ruppenicker (Harry) of Westbrook, six grandchildren, James O’Leary, Joseph and Morgan Jones of Hamden, Harry, Sarah and Daniel Ruppenicker of Westbrook and her great granddaughter Alysia Seals of Hamden. She was predeceased by her beloved daughter Sheila. Maryann taught in the North Haven Schools for thirty-five years, first as a fifth grade teacher at Temple Street School and then in the Integrated Day Program at Ridge Road School, particularly enjoying the opportunity to teach various grade levels in an inter disciplinary approach. She received her bachelor’s degree from St. Francis University, (Loretto, Pennsylvania) and her master’s degree from the University of Bridgeport. Her love of St. Francis University led her to serve for the last forty plus years on the Alumni Board. She had the distinction of being elected as the first woman president of the National Alumni Association. Their joint commitment to St. Francis led Maryann and her husband to make the long trip to western Pennsylvania many times as well as traveling much of the northeast following their beloved Red Flash athletic teams, especially basketball. Despite her Irish roots, Maryann was a member of Diana Birger Jarl Lodge #3 Vasa Order of America and a Past District Master of Connecticut District # 1 VOA. A long-time member of Our Lady of Mount Carmel Church, she found time to support the parish as a member of the Funeral Ministry and the Social Justice Committee. Even though she could hardly carry a tune, Maryann shared Joe’s love of music and supported his endeavors with the Apollo Singing Society of the American Union of Swedish Singers. In 2002 she was awarded the Erland Levine Award, which is given to a non-singer for her support and contributions to the American Union. Maryann’s favorite memories include family camping trips in the United States and Canada, trips with her beloved Joe, family and friends to Ireland, England, Sweden, and a month-long sabbatical to Belgium, The Gambia and Senegal. She enjoyed reading, cooking and time spent with extended family and friends. In lieu of flowers, donations can be made to St. Francis University, P.O. Box 600, Loretto, PA 15940. Friends may call on Tuesday, June 15th from 4 to 7 pm at Sisk Brothers Funeral Home, 3105 Whitney Avenue, Hamden. A Mass of Christian Burial will be offered on Wednesday, June 16th at 10:00 A.M. at Our Lady of Mount Carmel Church, 2819 Whitney Avenue, Hamden. Interment will be private. www.siskbrothers.com

Maryann O&#8217;Leary, 83, of Hamden, Connecticut departed this life on June 6, 2021 in New Haven, Connecticut. She was born in New Haven on February 6, 1938 to the late Eugene and Sarah (McGuire) McCarthy. She is survived by her beloved husband... View Obituary & Service Information

The family of Maryann 0'Leary created this Life Tributes page to make it easy to share your memories.

Send flowers to the 0'Leary family.