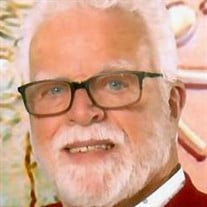 Jerome H. Bogart (Jerry), 74, beloved husband of Michelle Saad Bogart, passed away suddenly on Thursday, November 28, 2019 after enjoying a wonderful day with his family. In addition to his wife, he is survived by ​son Sean Franklin, daughters Mallory Cate and Claire Helen and best friend Skipper Louise. Born on September 3, 1945 to Irving Franklin and Claire Marlowe Bogart, he is also survived by sisters Adrienne Bogart Redding and Valerie Bogart Mongillo, and was predeceased by three brothers Marlowe, Noel and Jack (John) Bogart. A native of New Haven, Jerry graduated from Wilbur Cross High School and served in The US Navy (‘64-’68) during the Vietnam Conflict where he was an Electrician Apprentice and a 3 Star Bronze Medal recipient. Upon his discharge from military service, he worked briefly for Pratt Whitney before joining MetroNorth “the Railroad” (Conrail, Amtrak) where he served as a Locomotive Engineer for 35 years. After retirement Jerry enrolled and graduated Magna Cum Laude from Gateway Community College. Following graduation, he became a professional “man of leisure,” enjoying frequent breakfasts and lunches out with his many friends and favorite sisters, along with his standard Tuesday night at Tommy Sullivan’s in Branford. Jerry valued so many things, but first and foremost was his family whom he loved so dearly. A close second was his never ending dedication to the New York Football Giants and the New York Yankees, which he credited or blamed for the color of his perfectly white hair depending on the season. Other passions included “good music,” “vintage tin,” and a hot cup of tea after spending time with Skipper. Jerry will perhaps best be universally remembered for his testimony and undeniable chemistry with Judge Judith Sheindlin on the recently aired episode (S24,E57) of ​Judge Judy entitled “Canine Sucker Punch,” where he got #justiceforskipper. However, if one were lucky enough to know him, it would be impossible not to have treasured his impeccable style, quick wit, stunning blue eyes, and a seemingly endless wealth of knowledge, covering everything from military history to how to properly do-si-do. Jerry was devoted to many causes, having volunteered his time to the Connecticut Special Olympics and the Wounded Warrior Project, as well as actively supporting public service. He took on several roles at Lincoln Bassett Community School in New Haven, including chaperoning field trips, playing Santa Claus, and consistently being called upon to serve as “Detective Sergeant Schroeder,” a guiding force for young SOARing Eagles in need. Friends may greet the family on Tuesday, December 3, 2019 from 3:00 pm to 8:00 p.m. at Sisk Brothers Funeral Home, 3105 Whitney Ave., Hamden. All are invited to attend a Mass of Christian Burial on Wednesday morning December 4, 2019 at 11:00 am at St. Rita Church, 1620 Whitney Ave. Friends are asked to go directly to church. Interment will follow in Whitneyville Cemetery, Hamden. In lieu of flowers, contributions in Jerry’s memory may be made to Special Olympics CT 2666 State St. #1 Hamden, CT 06517 or to The Wounded Warrior Project P.O. Box 758516 Topeka, Kansas 66675-8516. To leave an online condolence please visit www.siskbrothers.com

Jerome H. Bogart (Jerry), 74, beloved husband of Michelle Saad Bogart, passed away suddenly on Thursday, November 28, 2019 after enjoying a wonderful day with his family. In addition to his wife, he is survived by &#8203;son Sean Franklin, daughters... View Obituary & Service Information

The family of Jerome H. Bogart created this Life Tributes page to make it easy to share your memories.

Send flowers to the Bogart family.