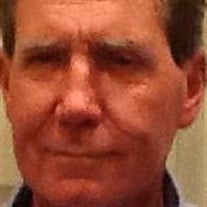 Hugh F. Reilly, M.D., of North Haven, passed away Sunday, March 26, 2017 at Yale New Haven Hospital. He is survived by his beloved wife, Serrita Jane Reilly, his mother, Margaret Infantino Reilly and his brother, James Reilly. He was predeceased by his father Samuel F. Reilly. Hugh was born in New Haven on May 7, 1951. He graduated from North Haven High School in 1969, then from Boston University in 1973 with a B.A. in English and Psychology. He went on to Study Clinical Psychology at the graduate level at Long Island University. In 1987 he received an M.D. Degree from New York Medical College. In 1992, Hugh completed the residency program in Ear, Nose and Throat Surgery at Yale New Haven Hospital. At the time of his passing Hugh was employed by the V.A. Hospital in West Haven. Hugh was devoted to his loving wife Serrita as she was to him. He deeply loved his family and friends. Hugh had a fierce commitment to the practice of Medicine. Dr. Reilly had a wide range of interests including the guitar, key boards, model trains and many others. He loved their cats and his beloved dog, Ralph. Hugh was a devout Roman Catholic. He loved life itself. He lived his life when he could and fought through when he had to. He never gave up when things got hard. We who knew him will always admire his courage, his strength and his love. We will always miss him. Hugh will be greatly missed by all of his large family, the Janes of Virginia, the Infantinos and the Reillys. He will be mourned by his many friends and patients. A Mass of Christian Burial will be Celebrated Saturday at 10 a.m. in St. Mary's Church, 5 Hillhouse Ave. New Haven. Friends are asked to go directly to church. Burial will follow in All Saints Cemetery. Calling hours are Friday from 4 - 8 p.m. in Sisk Brothers Funeral Home 3105 Whitney Ave. Hamden. In lieu of flowers contributions to St. Mary's Church, 5 Hillhouse Ave. New Haven, CT. 06511, St. Rita Church, 1620 Whitney Ave. Hamden, CT. 06517 or to St. Jude Children's Hospital, 262 Danny Thomas Place, Memphis, TN 38105. To leave an online condolence please visit www.siskbrothers.com

The family of Hugh F. Reilly, M.D. created this Life Tributes page to make it easy to share your memories.