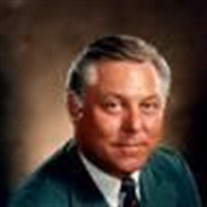 Franklyn Hiram Carrington, MD (Frank), whose devotion, compassion, and generosity blessed the hearts of all whose lives he touched, passed away unexpectedly at home on Saturday, July 23, 2016. He was 71. Frank was born on October 6, 1944, to Franklyn and Ann Carrington in Bethany, CT. A lifelong Connecticut resident, Frank was a graduate of the Hopkins School (1962), Yale University (Davenport College, 1966), and Temple University School of Medicine (1970). He also served as Captain in the U.S. Air Force Reserve Medical Corps. Frank played football for Yale and was a fullback on the Yale varsity football team from 1964-1965 under the leadership of his esteemed mentor, Carm Cozza. He was also a proud member of Delta Kappa Epsilon and of Bell and Scepter. While at Yale, he met the love of his life, Carolyn Riordan. Frank and Carolyn were married on May 10, 1965. One year later, they welcomed their firstborn child, Franklyn III (Bif), followed by a son, Christopher Earl, in 1969 and a daughter, Paige Kristen, in 1975. From 1975-2016, Frank served as President of Internal Medicine, P.C. in Agawam, MA, and was revered by many generations of patients who also considered him family. His dedication to medicine and compassionate bedside manner will be deeply missed. Frank took pleasure in many activities and especially enjoyed racing Porsches with Carolyn. As members of the Porsche Club of America, Connecticut Valley Region, they spent many weekends racing at Lime Rock, Watkins Glen and other tracks, with their children in tow as pit crew. Frank established the "Zone 1 Tech Tactics" event and served as President of the club from 1979 to 1981. Frank had a contagious appreciation for music. For their second date, Frank brought Carolyn to see Ray Charles in concert. He and Carolyn were known for their love of dancing; be it when the Supremes and Duke Ellington played at Frank’s Junior Prom, or when they attended the New Year’s Eve Kaiserball in Vienna several times with their family. Above all, Frank's greatest joy was spending time with his beloved wife and children. As an ice hockey player himself, he spent many years as a proud coach of both of his sons’ youth teams. He loved vacationing on Nantucket; surfcasting; boating; skiing; playing with his treasured English Golden Retriever, Bentley; and being an adoring “Grampy” to his four grandchildren. One of Frank's favorite traditions was tailgating at the Yale/Harvard football game with family and roommates. Whether traveling or simply sitting on the terrace for a summer lobster dinner with his loved ones, he lived a life surrounded by a family whose love for him outshone even the brightest stars in the sky. Frank will eternally be remembered for his unwavering love and support of his family, his unmatched sense of humor, his selfless generosity, his ready advice and his wise words of encouragement. It is the memory of his infectious laugh, his warm smile, and his tender kindness that will live on in the hearts and souls of his loved ones. Frank is survived by his wife, Carolyn, and his children: Bif Carrington and his wife Isabel, of Litchfield County; Christopher E. Carrington and his wife Caroline, of North Carolina; and Paige and her husband Matthew Bernabei, MD, of Pennsylvania. He is also survived by his four beloved grandchildren: Christopher E. (Chase) and Camilla Carrington; and Brooks and Carrington Bernabei. His family also included Earl and Marilyn Riordan of Madison, CT and several nieces and nephews. A private service was held at Saint Aedan’s Church in New Haven, CT on Saturday, July 30. In lieu of flowers, donations in Frank’s memory can be made to the Yale Football Association, PO Box 208216, New Haven, CT 06520 or at www.yalebulldogs

Franklyn Hiram Carrington, MD (Frank), whose devotion, compassion, and generosity blessed the hearts of all whose lives he touched, passed away unexpectedly at home on Saturday, July 23, 2016. He was 71. Frank was born on October 6, 1944, to... View Obituary & Service Information

The family of Franklyn Hiram Carrington, MD created this Life Tributes page to make it easy to share your memories.

Send flowers to the Carrington family.