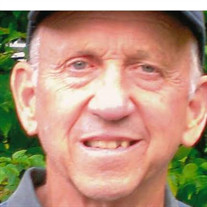 Daniel Ford, 69, of Hamden passed away on June 8th, 2017 after a lengthy illness. He is survived by his beloved wife Josephine Cacioppo Ford, his sons David Ford of Hamden and Jeffrey Ford and his wife Kelly of North Haven, grandchildren Lila, Mia, Kaydence and Maddox, brothers Harold Ford of Bar Harbor ME, John Ford of Cheshire and Thomas Ford of Cheshire. Also survived by several nieces and nephews. He was born Feb. 15,1948 in New Haven a son of the late John and Mary Pisarczyk Ford, was a graduate of Hamden High School class of 1965 and Quinnipiac College from where he earned a B A Degree in Math in 1970. Dan was a gifted baseball player and was a member of the Hamden High Class LL State Championship team and in 1966 was drafted in the first round by the Cleveland Indians but since he was only 17 he could not sign a pro contract. He went on to play at Quinnipiac and was a part of the NAIA New England Championship Teams in 1966 and 1968. He was then drafted by the St. Louis Cardinals and played for them for four years before being traded to the Minnesota twins,. He was a sheet metal worker for many years as a member of Local #40 and was the former owner of The Valley Hitting Club in Seymour where he gave hitting and pitching lessons. Besides playing baseball he coached teams in the Hamden Fathers Little League and Babe Ruth League and the American Legion Post 150 Team from Hamden. Dan also served with the Army National Guard. He was inducted into the Quinnipiac Hall of Fame in 1982 , the Hamden High School Athletic Hall of Fame in 2005 and the Southern CT Diamond Club in 2013. He was a past recipient of the Hartford Twilight League MVP award and the Gold Bar award from the West Haven Twilight League. Funeral from Sisk Brothers Funeral Home, 3105 Whitney Ave., Hamden, Monday morning at 10:30. Mass of Christian Burial at St. Joan of Arc Church, Hamden at 11:00. Burial will follow in All Saints Cemetery. Friends may call Monday morning from 9:30 - 10:30. In lieu of flowers, memorial contributions may be made to the Smilow Cancer Center, PO Box 7611, New Haven, CT 06519-0611. To leave online condolences go to www.siskbrothers.com

Daniel Ford, 69, of Hamden passed away on June 8th, 2017 after a lengthy illness. He is survived by his beloved wife Josephine Cacioppo Ford, his sons David Ford of Hamden and Jeffrey Ford and his wife Kelly of North Haven, grandchildren Lila,... View Obituary & Service Information

The family of Daniel Ford created this Life Tributes page to make it easy to share your memories.

Send flowers to the Ford family.